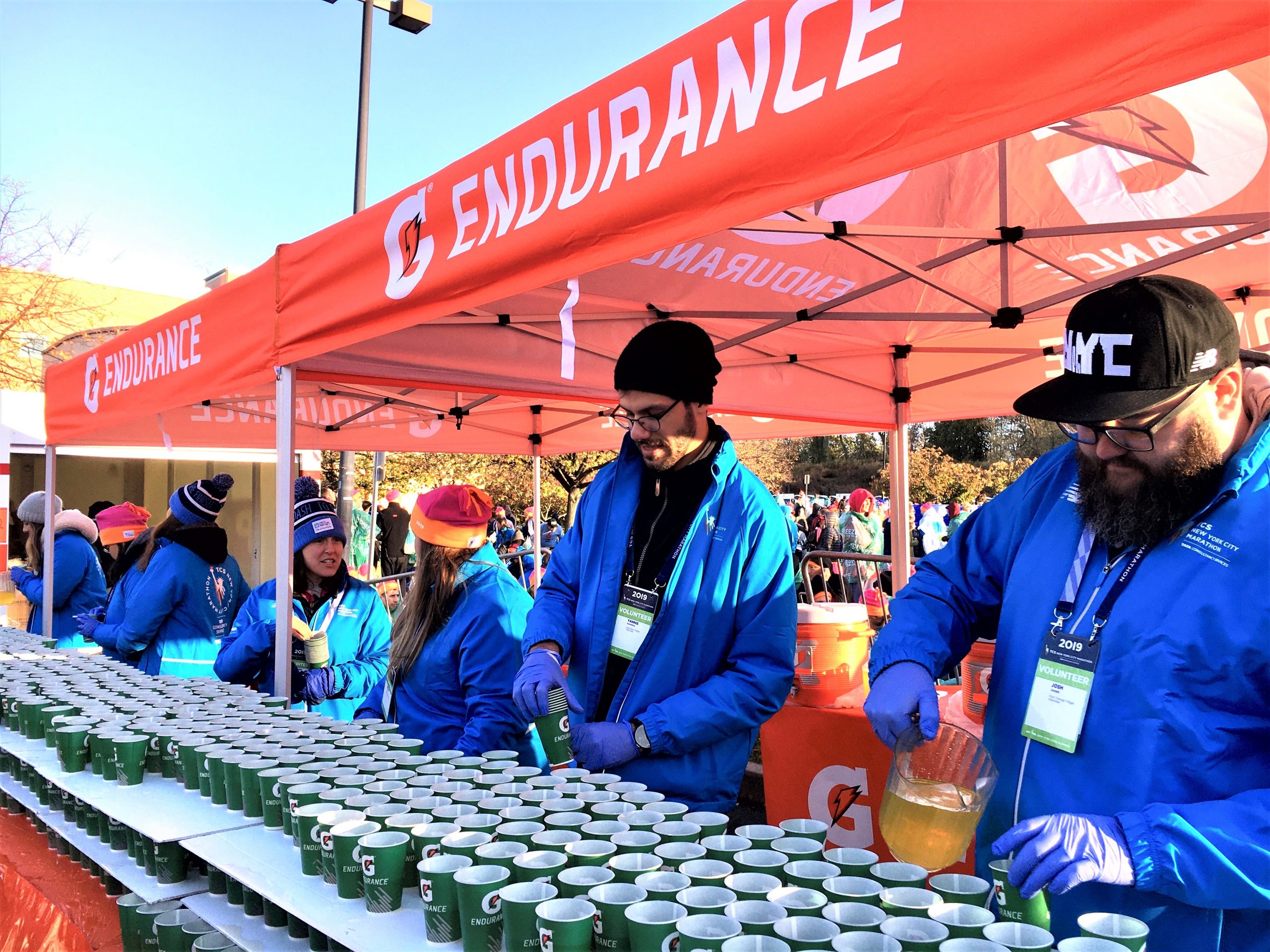 Disclaimer:  I received a generous supply of Gatorade Endurance as part of being a BibRave Pro. Learn more about becoming a BibRave Pro (ambassador), and check out BibRave.com to review, find, and write race reviews.

And so ends my 2019 race year, and what a fabulous year it has been! I started training with Gatorade Endurance Formula and Energy Gels in August, and it has carried me through not only my training, but also through a 5K, two 10Ks, two half marathons, and two full marathons. With Gatorade Endurance products, I think I’ve found my magic.

Gatorade Endurance Formula is different than ‘regular’ Gatorade in that it contains twice the sodium and three times the potassium as the regular formulation. It’s designed especially for endurance athletes because of course when we sweat, we don’t just lose water; we also lose electrolytes. You know that gritty white powder you can feel on your skin at the end of a long endurance activity? That’s salt! So drinking tons of plain water during an endurance event is not the best idea. You need to replace the electrolytes you are losing as well.

As I mentioned in a previous post, my former race strategy was to drink tons of water (on average, about a liter every five miles) as a way to stay hydrated during a long run. All that did was leave me waterlogged and needing to stop at the porta-potties along the way. With two big goal races planned for this fall, I decided to spend this past summer focusing on my fueling. A main goal was to be able to run a full marathon without having to stop to pee, and since I am a slow runner, that means a lot of hours on the course. I was outfitted with enough Gatorade Endurance to cover the entire training cycle, so there was no reason not to give it a go.

I received an ample supply of both powder and gel products in a variety of flavors, along with some basic instructions on what to take in based on the duration of the activity. It was nice to have some direction until I could figure out exactly what would work for me. I mainly used the powder products when I was home, because it was easy to mix a bottle and run out the door. For travel, I used a combination of powders and gels, since I had plenty of single-serve packets that were easy to toss in my carry-on without taking up much room. The closer I got to the fall marathon dates, the more I experimented with how and when to take the gels, since they would be my main fuel source during the races. Because both the Chicago Marathon and the New York City Marathon would be supplying Gatorade Endurance Formula at the aid stations, I only needed to carry the gels and not worry about lugging around a handheld bottle.

After experimenting with different amounts per run, I came up with the following:  For runs six or seven miles or less, I would eat something light (usually a handful of almonds, walnuts, and raisins) and then carry my handheld bottle of Gatorade Endurance Formula powder mixed in 24 ounces of water. That was plenty to get me through the miles, even on hot, humid days. In fact, I often didn’t finish the entire bottle. For runs longer than that, I would typically bring the same amount of water/powder mix, but would also take a gel pouch just before the run and then every five miles thereafter. This is what worked for me; what works for someone else may differ, so it’s important to try different things until you find what works best for you. 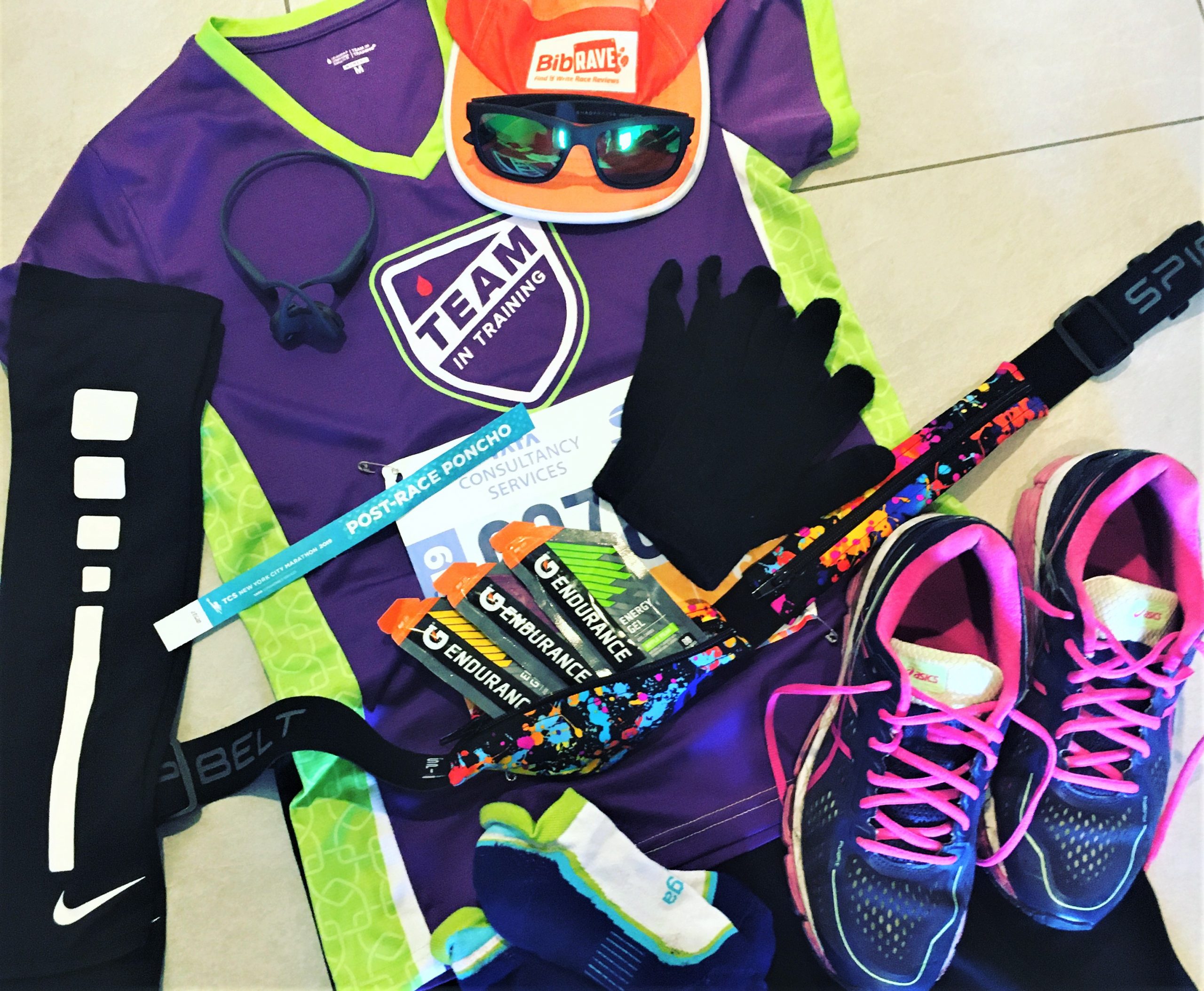 I had several flavors to try and while I had some favorites (hello, watermelon and blackberry!), they all tasted good. I don’t like sweets, and the Gatorade Endurance Energy Gels were not sickeningly sweet like some other products I’ve tried. The energy gels were a great consistency–not too thick or sticky, and didn’t require me to drink water to help get them down. 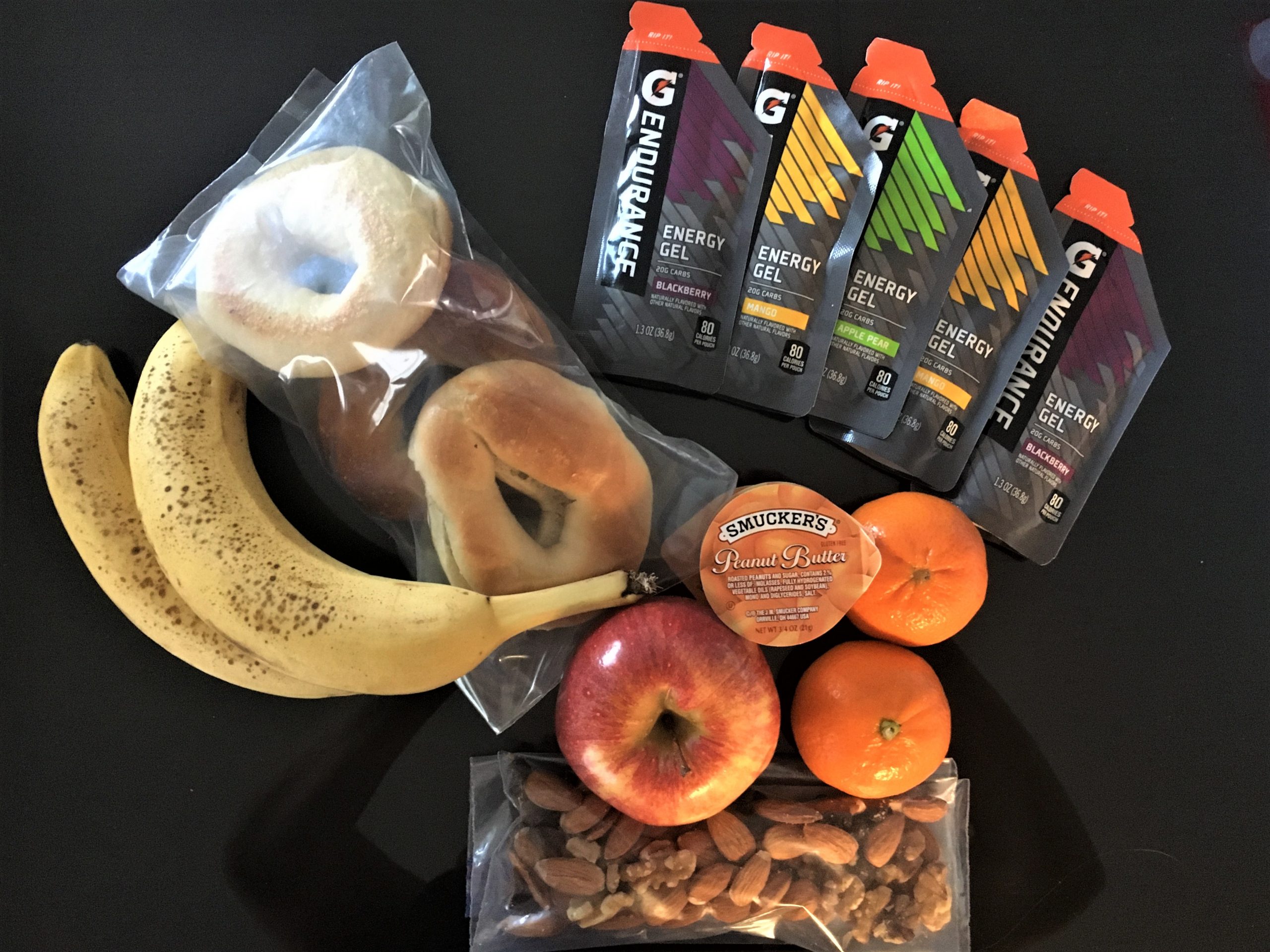 My big test would be the New York City Marathon, which I ran earlier this month. Knowing I would be sitting in Runners’ Village for several hours before the race, I brought what seemed like enough food to feed an army for my pre-race fueling. I was happy to see the big table of Gatorade Endurance Formula being handed out before the race. I wound up eating my usual handful of nuts and raisins and just a bagel with peanut butter and a banana about an hour before my wave started, and then took a cup from the table to drink as I walked to the start line. I carried five Gatorade Endurance Energy Gel pouches in my SPIBelt. I took the first gel at around Mile 4, and then one about every four to five miles after that. I alternated between taking water and taking Gatorade Endurance Formula at the aid stations.

So the big question…how did it go? In a word:  Perfect! I had enough energy to conquer the bridges (my biggest fear going into the race), felt adequately hydrated, and most importantly – never felt the need to stop to pee! I finished the marathon a full 10 minutes faster than the flat Chicago Marathon just three weeks earlier, even having stopped to hug my husband and friend and snap a few pictures along the way. I felt fantastic after the race and in the days after, and I have no doubt that proper fueling and hydrating before and during the race had a great deal to do with it. 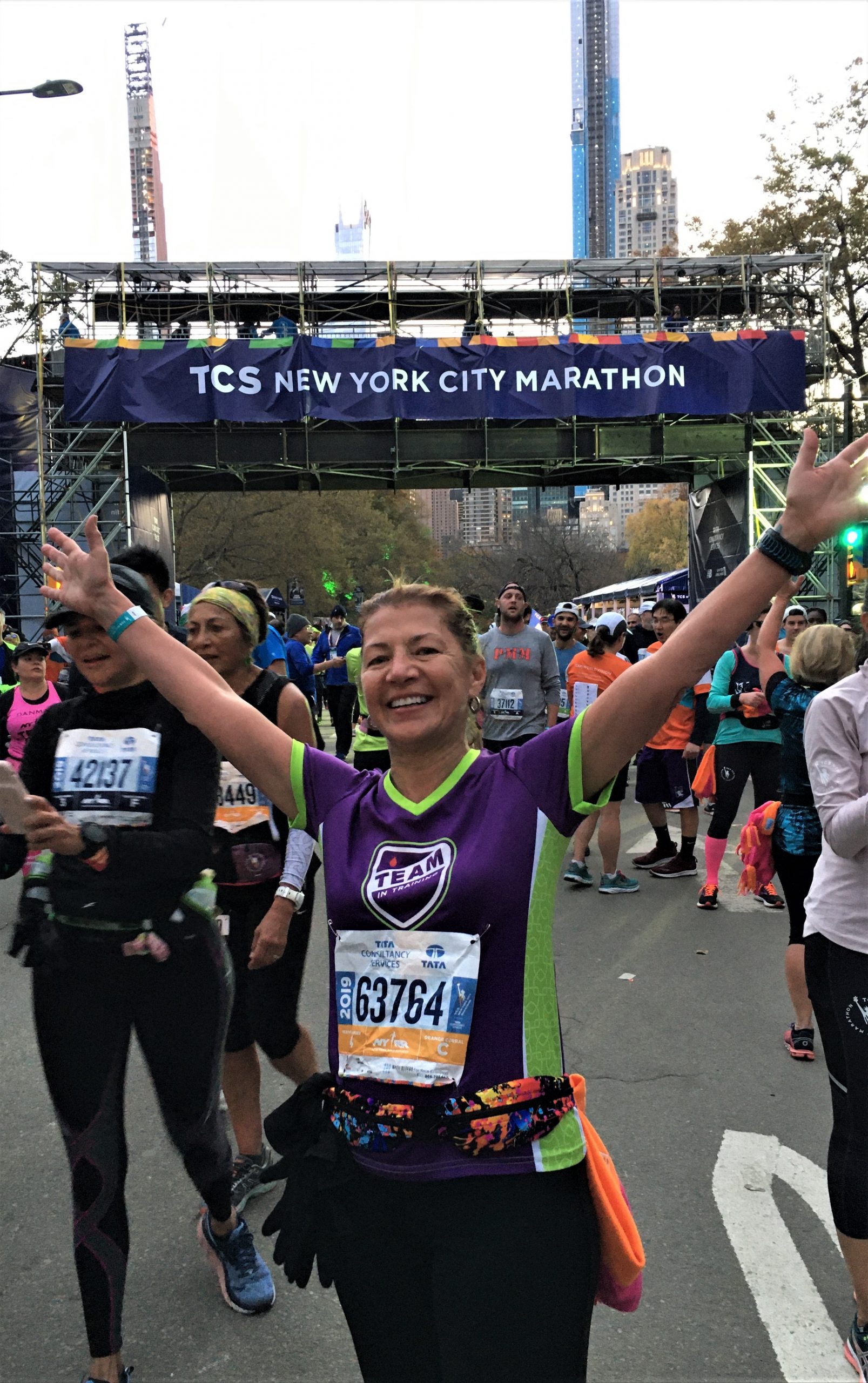 I really do think that in Gatorade Endurance I have found my fuel for the long run. I’ll continue to use it as I train (who IS this person???) for my upcoming Tokyo Marathon next year. My only goal for Tokyo (besides having fun) is staying ahead of the balloon ladies!

What’s your go-to fuel endurance sports? Have you tried Gatorade Endurance? Tell me what you think!

Copyright © 2020, The Accidental Marathoner - All Rights Reserved. The use of this Web Site is subject to the following TERMS AND CONDITIONS.
Designed by INT Creative Services