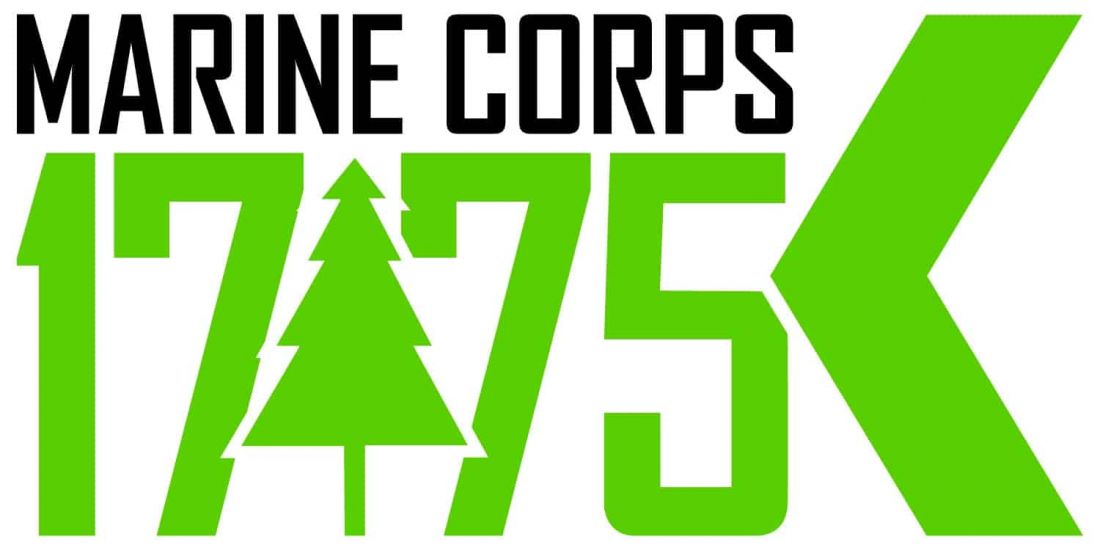 In a word, wow. As in…WOW! What a great race this was! I’ve been investigating races and establishing goals in the past couple of years, with one of my goals being to run the Marine Corps Marathon, or the MCM. You can check out their website here. It seems like such an amazing race, lined with (hello!) Marines! Also known as The Marathon of the Monuments or The Peoples’ Marathon, the MCM is one of the largest marathons in the world. It also is one of the hardest to gain entry into, and has established a lottery system just for that opportunity. 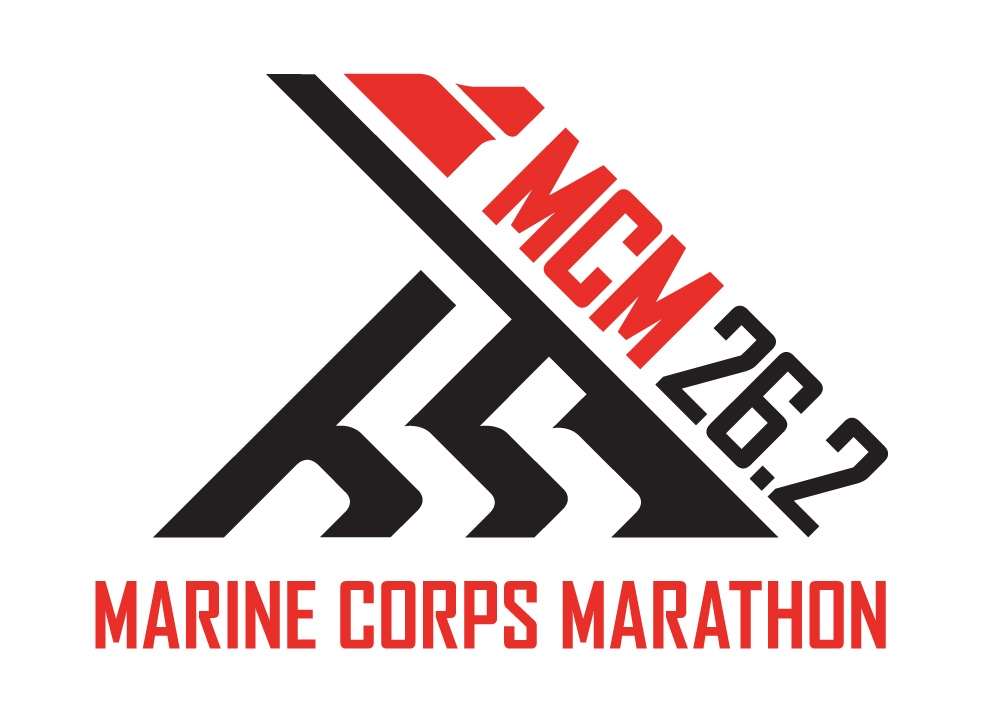 Within just a few minutes I got into the queue. And then, waiting…waiting…waiting. It seemed like forever, but in reality it was only a few minutes before I got in. I quickly filled in all of the fields on the application form, only to wait for what seemed like forever to have my payment processed, and then…an error message. WHAT??? I hit the back button and went through the process again. And then…another error message. Egad! While filling in the form for yet a third time, I opened up the browser on my PC and checked my credit card activity, and lo and behold, my credit card had been charged not once, but twice! So…I thought I must be in. Rather than submit payment for the third time, I sent an e-mail to the MCM people. They responded promptly and assured me that not only was I in, but they would remove the second charge. Whew! I read somewhere that this race sold out in just seven minutes.

So time to start training, right? Well, not exactly. I’m not much of a trainer and am, in fact, one of the best (or should I say worst?) procrastinators you will ever meet.  I got a few short runs in the two weeks or so before the race, but that was about it. And did I mention I live in Chicago? Besides the fact that I didn’t really train for this race, I had the logistics and costs of getting myself there. So on Friday, March 24, I flew from Chicago to DC. I headed straight for the designated packet pick-up area so I wouldn’t have to pick up my packet on race morning. Though very small, the packet pick-up experience was great. Entrants to the property had to drive through a security post (more Marines!) and present identification in order to pass. 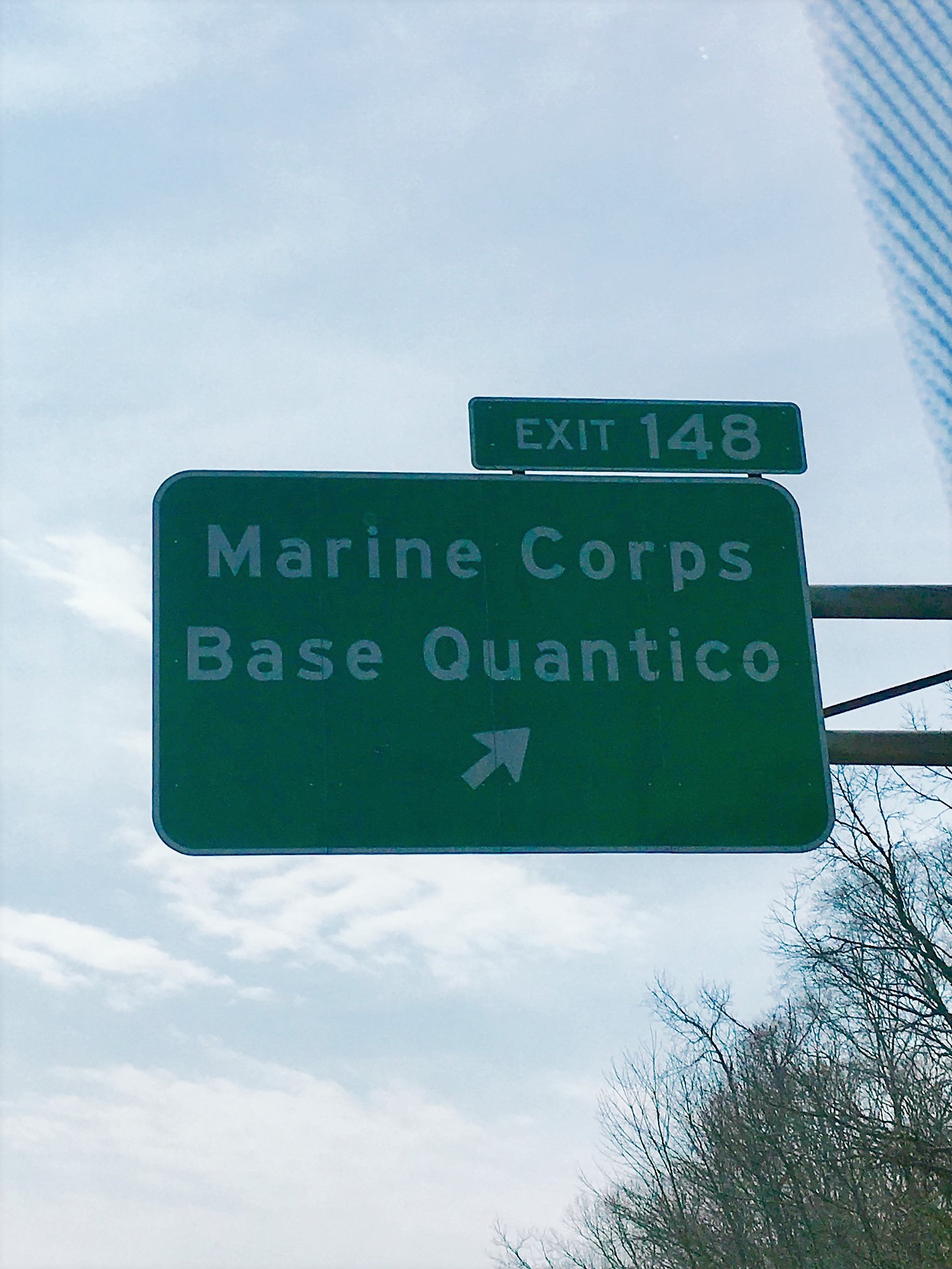 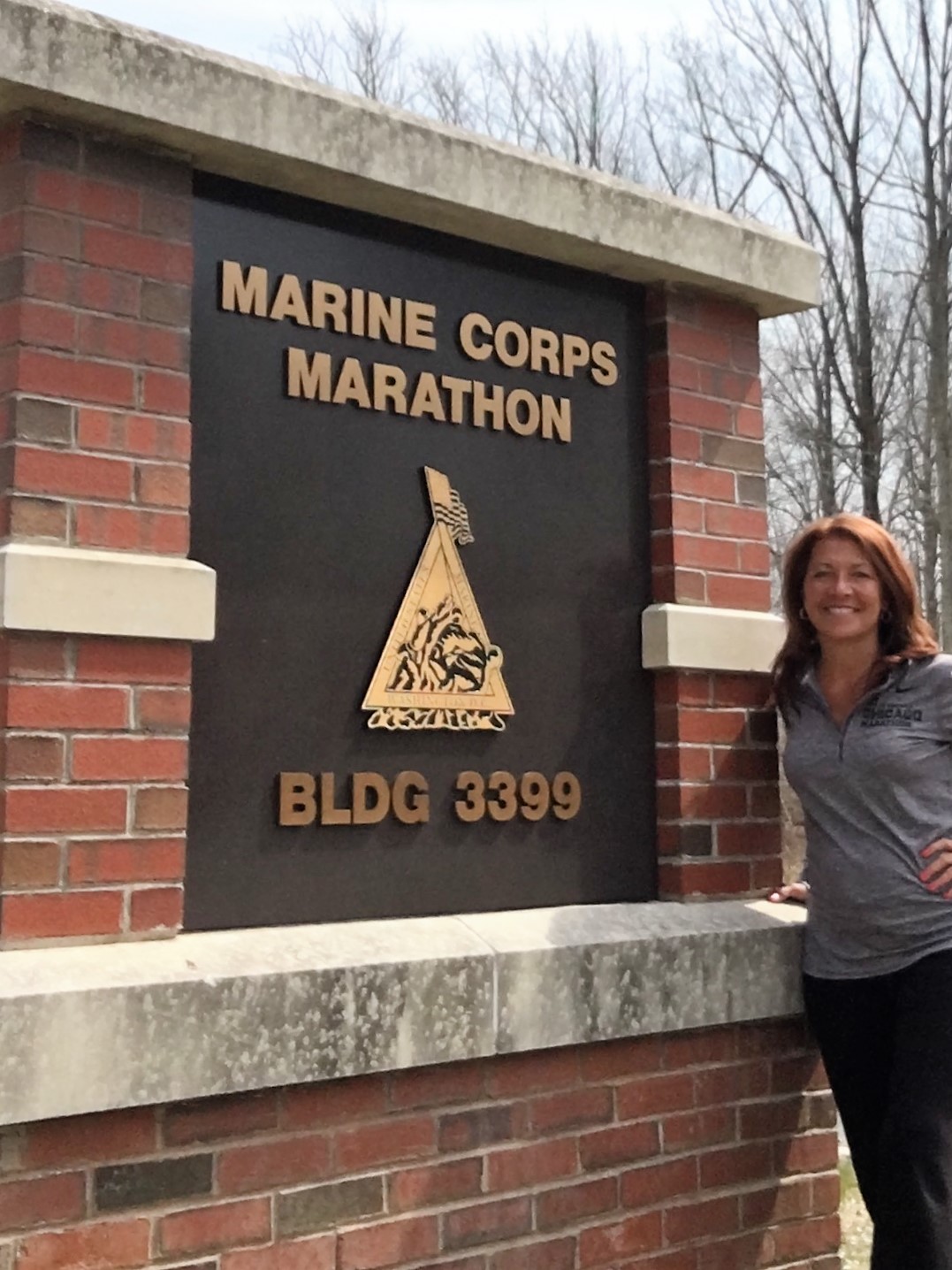 Packet pick-up was located in a small building in Quantico, VA. There were several signs around the property designating this as the MCM headquarters. The people working the packet pick-up were so nice, many of which seemed to be military vets. Tables of shirts were set up and we were able to choose the appropriate size. What a nice option, since sizes seem to have varied at every race I’ve run.

After picking up my packet, I decided to take a drive over to the race site. The site was located adjacent to a middle school, and I somehow wound up in the line to pick kids up at the end of the school day.  Oops! The very nice lady manning the line of frantic moms in minivans allowed me to back out just as the parade of school buses started rolling in.

On race morning I awoke very early and hit the road at around 5:20 a.m.  Parking at the race site was not an option, but the MCM provided three locations for parking, each within 2 to 3 miles of the venue.  I planned to park at the local high school, but as I passed one of the smaller parking sites, I noticed there were still a few spaces available, so I parked there instead.  An added surprise was the nice luxury tour buses lined up and ready to drive us to our destination. 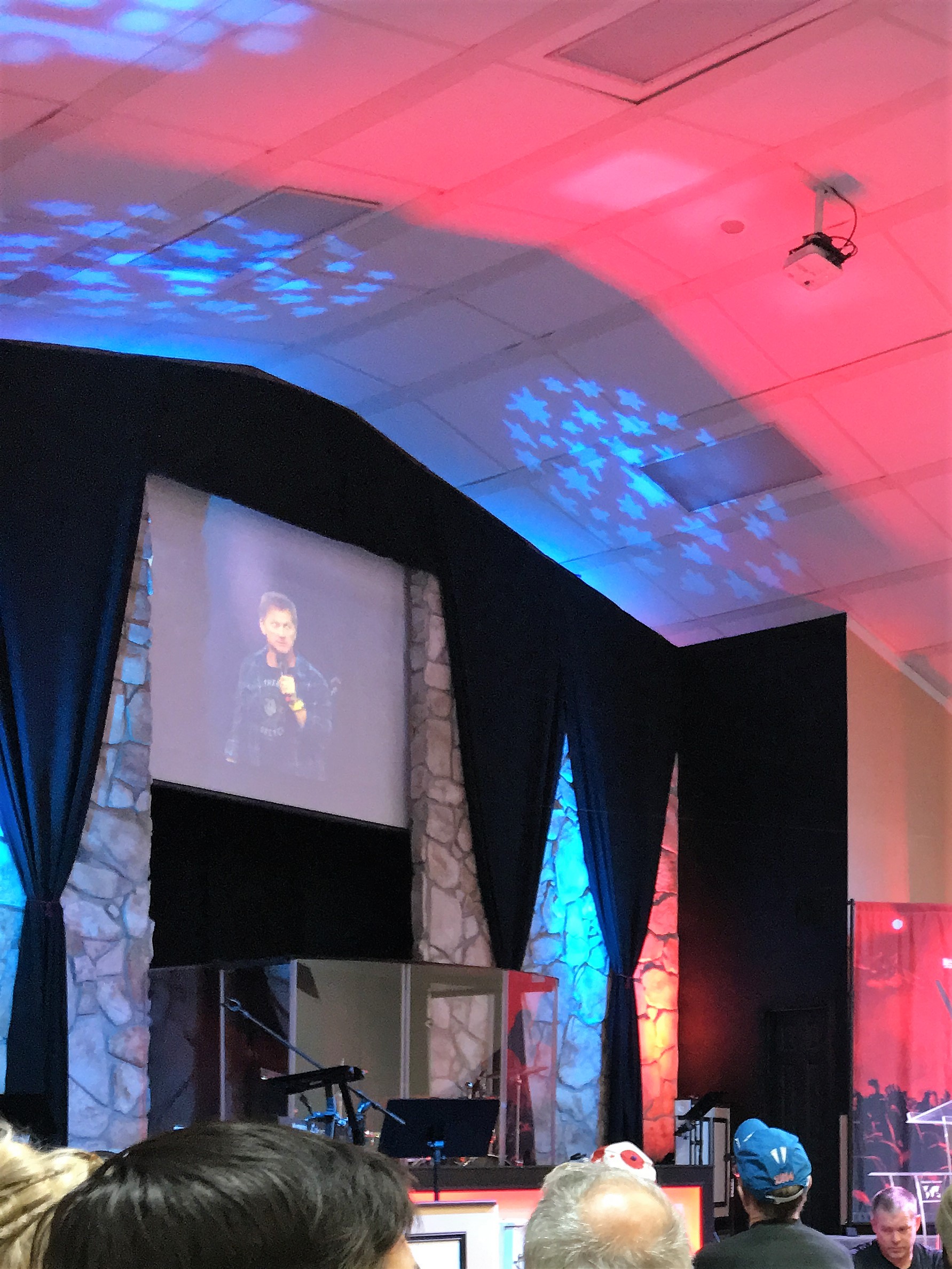 As often is the case with early race starts, it was rather cool at dark o’clock in the morning, so I welcomed the second surprise of a church building located at the site that was open for runners to keep warm before the start of the race.  Inside of the church there was a comedy show playing on a big screen to keep us entertained as we waited to start lining up for the race.  About 20 minute before start time, I headed out to find a place in line.  This was the first race I’ve run where there were no obvious pacers or no designated areas for runners to line up according to pace.  Being a middle-of-the-pack finisher, I made my way up to the middle of the crowd, excited for this great race to begin.

At 6:55 a.m. the singing of the National Anthem signaled the runners to start moving forward, and in true military fashion, the race started at oh-seven-hundred hours sharp.  As soon as we hit the trail, and I mean trail, I was so glad to have read a preview of the race the night before, and knew to anticipate a gravel terrain for the first few miles.  I would describe it more as rocky than gravel, and in fact we came across a number of boulders on the course.  The trail wasn’t very wide for the first few miles, allowing only 6 or 7 runners across.  Lots of runners were veering off the trail to pass the slower runners.  I myself was happy to just plug along and try not to slip on the rocks and fall.  The first 3 or so miles of the race were also very hilly.  Did I mention I hate hills?  I did no hill training for this race, and in fact I avoid hills like the plague, so the first few miles were particularly challenging for me.  Then at around 3.5 miles in, the ground turned to pavement.  I think this was the MCM’s way off buttering us up before we hit the 4.5 mile mark, where there was quite the butt-burning incline.  An exaggeration of course, but it seriously felt like a 45 degree incline!  The next 5 or so miles were relatively benign, although they were still a little hilly.  Then at around mile 9, we were back to the hilly gravel terrain as we looped our way back to the starting point.

Runners were greeted at the finish line by uniformed Marines awarding finisher’s medals and a congratulatory handshake.  I got a little choked up when a Marine placed my medal around my neck, and I shook his hand and thanked him for his service.  Once past the finish line, we were given the Golden Ticket, in other words; the Access Granted card, with an individual code for guaranteed entry to the MCM in the fall. Let’s be clear about something here:  I entered this race thinking I would be given the Access Granted code.  I left knowing we all earned the code.  At two miles less than a half marathon, this course is tough.  Especially for those of us who are not so speedy and are not so in love with hills.  However, runners only need to maintain a 20-minute mile pace to finish in the allotted time…which is easily doable for most people, even at a walking pace.  I set a time goal for myself, and despite the hills and the rocky terrain, I finished just 38 seconds under that goal.

Overall I would rate this race as excellent.  Despite the challenges many people had trying to register (I read somewhere that it sold out in 7 minutes), bib transfers are allowed and I suspect many people who didn’t get in on their own were able to run this race on a transferred bib.  The race itself was extremely well organized, and the generous pace allotment allows even the most inexperienced runner the opportunity to finish in the allotted time.

Would I run this race again?  Probably not, but only because of the logistics and monetary considerations of traveling from Chicago to participate.  It was a means to an end.  Certainly if I lived in the area or had coincidental plans to travel to DC around those dates, I would do it again in a heartbeat.  My motivation was to guarantee entry into the MCM in the fall, and I’m thrilled that I will have that opportunity.  And the icing on the cake?  My son entered the lottery and got in, so he will be running it with me!  Stay tuned for a recap of the full marathon in the fall.  I am looking forward to what I anticipate will be the experience of a lifetime.

Some fun facts and trivia about the Marine Corps Marathon race series:

Have you run any of the MCM Races Series races?  Which is your favorite? Have you gone to any extremes to guarantee entry to one of your bucket-list events?