I Finally Got Rid of That Pain in My Butt 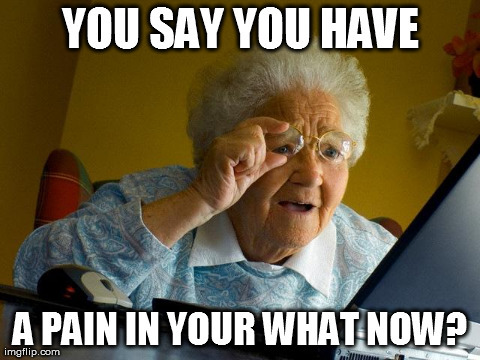 For the past couple of months, I’ve had to contend with a real pain in the butt. You know the one…that nagging thing (or person) that just won’t go away. It’s not that it’s necessarily horrible, it’s just that it’s always there. For me, it wasn’t actually a pain in the butt, but rather, a pain in the hip. In early November I slipped and fell down a few stairs and hit the side of my hip pretty hard. About three days later a big bruise externalized, so I knew whatever injury I had, it went deep. I was pretty sure, however, that I didn’t break anything. I laid off of running for about two weeks to let things settle down. The bruise finally went away but the pain (more of an ache by then) was still there. I ran a local Turkey Trot on Thanksgiving Day, and I felt good during the run. But later in the day, the ache got worse. Over the next two weeks, even the shortest of runs would aggravate the area. So again, I decided to lay off of running for a short while.

Between the busy holiday season and some nasty cold weather in the Midwest, that “short while” included most of December. I had grand plans to run outside throughout the winter, but I also didn’t want to risk falling on ice and causing more harm to my already aching hip. I did a few treadmill runs, but the boredom of being stuck indoors resulted in some pretty short runs. With the pain still there a full two months later, I finally decided to get it checked out. We started with x-rays to make sure there was no evidence of a break. Not that anything would be done about it two months after the fact, but at least we would know it was there. The good news is, nothing was broken. The even better news is that my 55-year-old joints show no evidence of arthritis. Yay! So the diagnosis was bursitis, or an inflammation of the bursae of the joint. A steroid injection that day did the trick. By the time I walked out of the office, the pain was nearly gone. 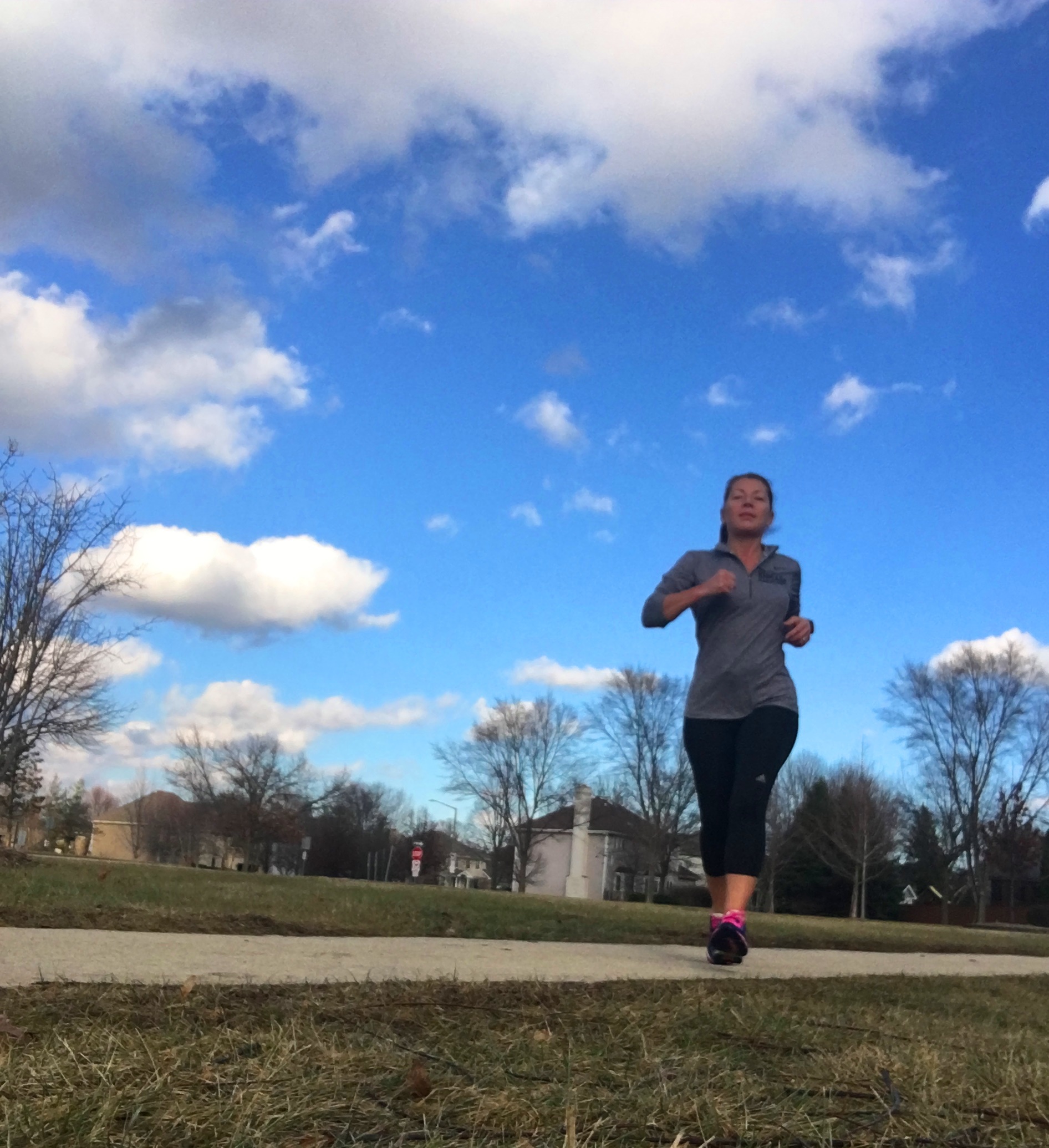 Just two days later I went out for a run. I felt so good that my planned five mile run turned into seven easy miles. I felt like I could run forever! I’ve gotten a few more runs in since the injection, and I still feel great.

When I first started running, I did a lot of research on common running injuries and how to avoid them. I worried I might sustain an injury while running, but I never really thought about how a non-running injury would prevent me from running. A simple fall resulted in my skipping over a month of running. I’m not training for any major early Spring race but still, ignoring my pain (or at the very least, not getting it checked out) took me away from running for too long of a period of time. 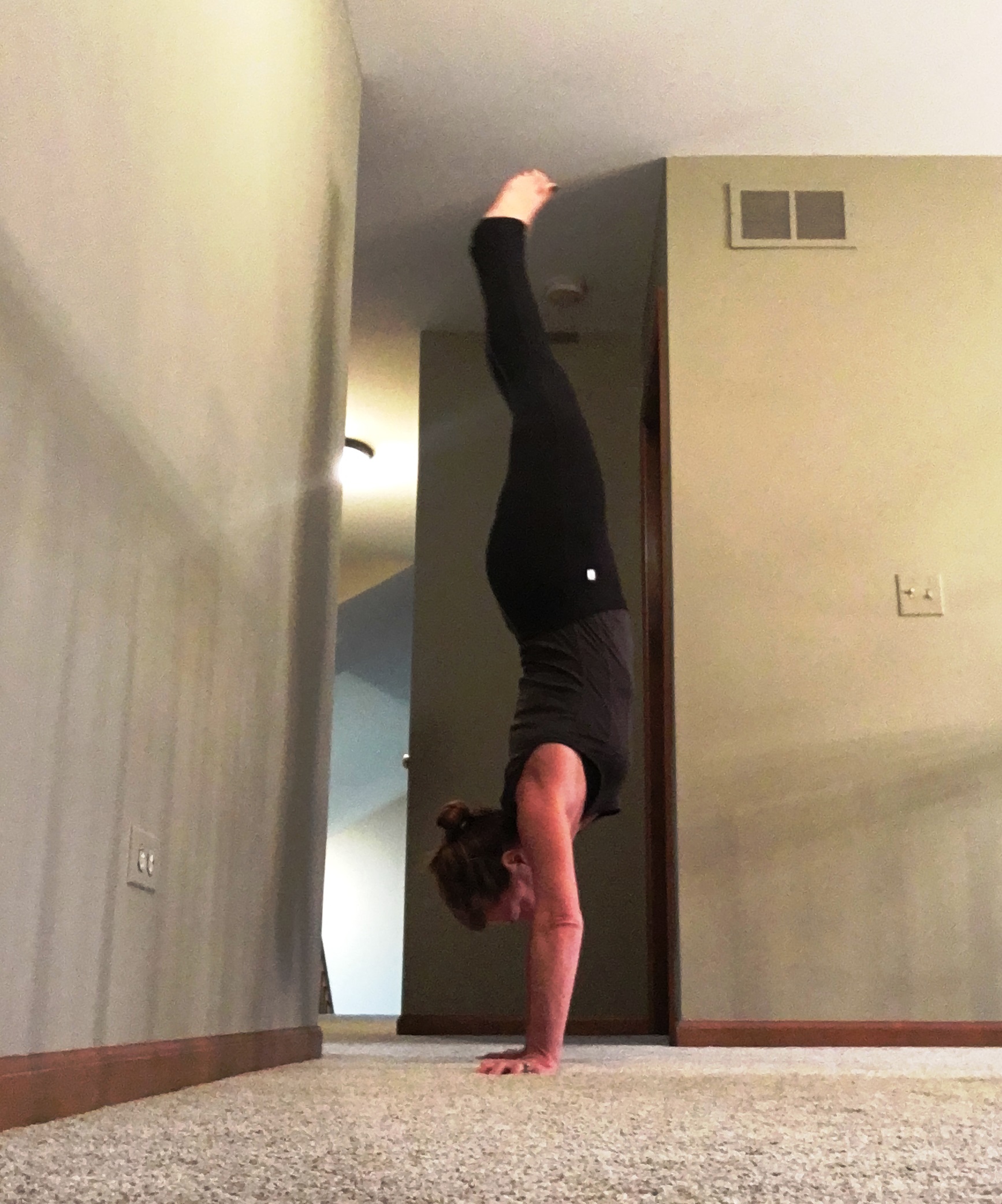 On a positive note, during my time away from running, I’ve been practicing yoga to help stretch out and strengthen all of my muscles. I even nailed a handstand for the first time in years! With two more months of winter (or whatever Mr. Groundhog tells us tomorrow), there’s plenty of time to get back into the swing of things. Come Spring, I’m hoping it will seem as if I didn’t miss a step.

Have you had an injury that kept you from running? What alternative workouts do you do when you’re unable to run? Do you run outside year-round?